Kate Middleton shows to win over the Royal Family and sources are again making wedding predictions. American weekly entertainment magazine even prints an item that claims that Prince William and Kate are “all fired up.” Even if the royal pair did not reveal anything, it is possible that wedding talks are not far away. 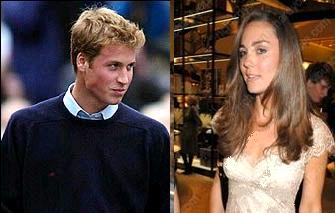 A report indicated, “[It] ooks like Kate Middleton has the royal seal of approval. She and Prince William, both 25, traveled to Queen Elizabeth’s Balmoral estate in Scotland on October 11.”

The report also notes that the itinerary included shooting practice for Middleton – much to her prospective father-in-law’s delight. A witness revealed, “Prince Charles looked proud.”
As the animal rights campaigners weren’t so enamored and criticized Kate Middleton for hunting. A friend defended her, saying, “Kate’s not the kind to kill an animal.”

Sources, that are close to the pair, noted the 25-year-old prince would begin a four-month tour with the Royal Air Force in January. A friend added, “An engagement is a while away. They will get married.”