Britney Spears, who looked healthier and acting more rationally than she has in years, seems well on the road to recovery, but a new book “Stalking Britney: Britney Under Siege” by author Ian Halperin cautions that the 26-year-old singer may not be out of the problems yet. 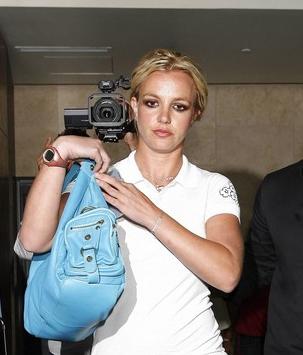 Ian Halperin, who is the investigative journalist, revealed: “She’s on a high right now, but her life goes in circles. It’s like a roller coaster ride. She’s a person who is highly sensitive, and just one little thing could set her off.”

The pressures of her career — which began at 12 as one of the youngest cast members on The New Mickey Mouse Club — led to her deep insecurities. He revealed: “At 15, she had a huge breakdown and had to return home to Louisiana. She was very insecure and felt like she wasn’t pretty.”

But rather than get help, Britney focused on her outward appearance: “She went on a huge diet.”

Today, Britney is on medication, but the author Ian Halperin believes that the singer is far from recovered, saying: “There’s no doubt, based on the last two years, that she is a highly unstable person. She’s on a temporary high right now, but she’s never really dealt with all the problems she had. I don’t think it’s possible to turn over a new leaf just like that.”

The author also describes Britney Spears as a “good mother, and a good person.” He added:”In fact, she’s nicer than most of the stars I’ve met. But as Britney once told me herself, her life has always been two steps forward, followed by one step back.”