Seven clothing items worn by the pop princess Britney Spears and donated by her will be auctioned to raise funds for a charity. 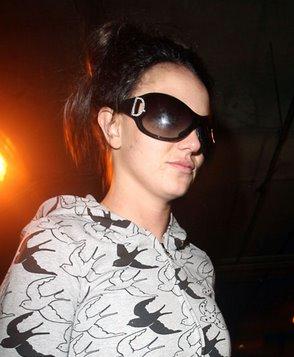 A T-shirt that Britney Spears wore during her Mickey Mouse Club days, and signed by fellow ‘mouseketeers’ Justin Timberlake, Christina Aguilera and Keri Russell, is expected to fetch $15-20,000. Britney gave it to her grandmother signing it “I love you grandma.”

A pair of jeans first worn by Marilyn Monroe and passed onto Britney by Tommy Hilfiger is similarly expected to fetch $60,000 to $80,000.

The Santa dress that Britney wore for the Pepsi Christmas ad in 2000, the orange coat and pants she wore to the Billboard Music Awards the same year and costumes from her “Drive Me Crazy” and “Oops, I Did it Again” comprise the full set donated by by Rock & Roll Pop Art Auction.