Britney Spears is almost unrecognizable in this newly released promotional shot for her upcoming album Blackout. 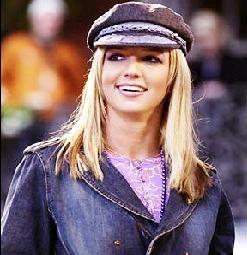 The troubled pop singer looks bronzed, toned and blemish free as she poses provocatively in skimpy leather gear. There is a speculation that the photo was made with a bit of make-up and a spot of airbrushing. You could see Britney Spears’ biker girl photo here.

The photo looked really different from the bloated, pale and tired-looking Britney Spears that was snapped on a daily basis in Los Angeles in the midst of a bitter child custody battle with former husband Kevin Federline.

It is a good thing that her long-awaited music comeback has been a successful one. The album “Blackout” is set to go to No1 in the American Billboard chart this weekend and has become Britney’s fastest selling album ever in the UK.