Vanessa Hudgens and Zac Efron, who is one of America’s favorite couple, are followed everywhere they go but the couple may be growing tired of the attention. 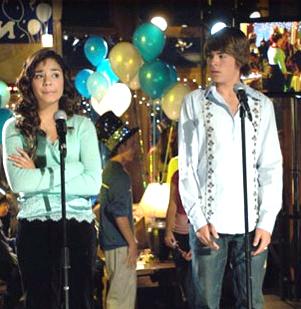 Zac Efron, who talks about his much-publicized trip with Vanessa Hudgens, revealed, “For the first time, in Hawaii, I could understand why people get frustrated. There are certain things you just like to keep private, like a vacation. Other than that, it’s a small price to pay for the benefits we receive.”

As for the wild photos from Vanessa Hudgens, Zac Efron continued, “Everyone has those times when you can’t be photographed. They only last for milliseconds – you yawn or do something normal people do. It’s annoying when those pictures get out, but now, I’m ready. I have peripheral vision.”

Vanessa Hudgens said, “It’s crazy. People want to know what I’m doing a little bit more now. They’re outside of my home, in my bushes. But I guess it comes with the territory.”
Zac Efron added, “As long as I stay boring, I think I’ll be fine.”