Parents in Australia are outraged with one of the songs on Britney Spears’ new album “Circus” because it encourages their children to be vulgar,according to a report. 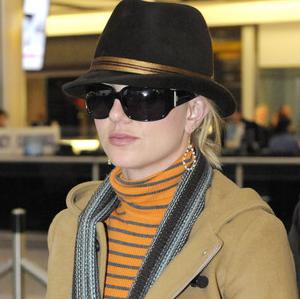 The track “If You Seek Amy” seems harmless at first, but one mothers group has publicly attacked Spears after hearing their kids chanting the chorus line. They claim the spelled-out lyric is similar to “F-*-*-K me” – and Spears is deliberately trying to be controversial.

Concerned mom Leonie Barsenbach told Aussie news website: “I was astonished and totally taken aback when I heard my five and seven year old kids walking around the house singing, ‘F-*-*-K. When I asked them what it was, they told me it was Britney Spears. I was horrified.”

The concern mom added: “I got them the Circus album because little kids are Britney fans, but there was no warning on the album and none of the songs listed had F-*-*-K in the title. Listening to it, it is extremely blatant and offensive. I feel I have been deceived into believing that this was acceptable content for children but instead it is objectionable.”

The album was released on Tuesday, which is the same day Spears celebrated her 27th birthday.