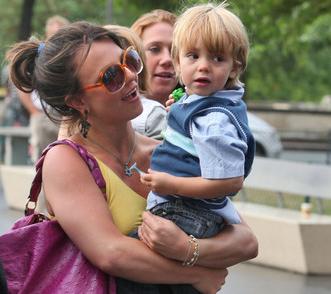 Sean Preston, three, and Jayden James, two, reportedly shocked onlookers with their potty mouths when they shouted out: “Oh s**t” during a recent celebrity event.

“She was too busy picking out freebies to chastise the boys for misbehaving,” a source revealed.

“We were all surprised by their potty mouths, but it was actually pretty funny.”

Spears, 27, has previously blamed the boys’ bad language on their dad, her ex-husband Kevin Federline.

“The boys are starting to learn words like stupid, and Preston says the f-word now sometimes,” she said. “He doesn’t get it from us. He must get it from his daddy. I say it, but not around my kids.”