Britney Spears ended up having the opportunity to grace the magazine’s cover in September but alongside an article on the ‘nature of celebrity’ rather than having an interview. 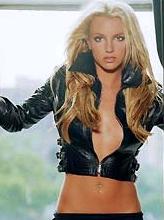 There are schedule for the same type of an interview for the troubled pop singer but Allure magazine revealed that the “Toxic” singer missed plenty of opportunities to chat to them too – despite doing a topless photo shoot for the magazine’s cover.

Linda Wells, the editor of the magazine, revealed, “Britney showed up for Allure’s cover shoot on time and ready to work. She was entirely unselfconscious. She took off her wig and then stripped down to the waist, for no apparent reason, before sitting for hair and makeup.”

The editor added, “She was agreeable and co-operative but that was the last we saw of her… she missed four appointments for an interview.”