Britney Spears was spotted while coming out to support her son Sean Preston at the Little League baseball game on April 18 in Los Angeles. 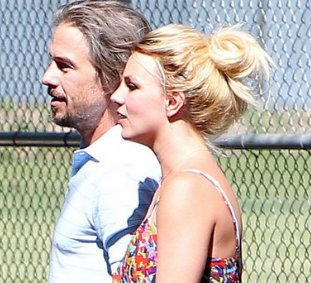 The “Gimme More” singer was sitting in the bleachers with her boyfriend Jason Trawick before heading off to grab some food at the snack bar. Her former husband Kevin Federline was also there because he was one of the team coaches.