Britney Spears is to be replaced by a body double for a nude magazine shoot as she is too “out of shape”. 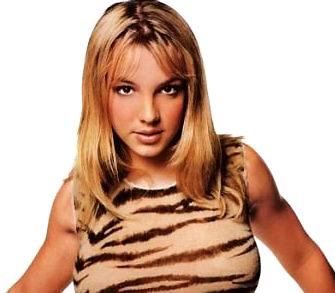 The 26-year-old singer is going to bare all in a recreation of an iconic Marilyn Monroe photograph, but Blender magazine reportedly plan to swap her body with a more “in shape” model.

An advert placed in the magazine indicates, “We are casting for a Britney Spears body double. You must have shoulder to medium length blonde hair. This person must also be in shape! 5’2″ to 5’5″. This will be a take off of a Bert Stern photograph of Marilyn Monroe in bed, from the last shoot before her death. Your face will not be shown in the final photograph/cover.”
The model must be aged 18 to 25 and will be paid $500 to pose either on December 14 or the 17.

As for the other news, Britney has posed for a family portrait with her sons but the photographer has reportedly sold the pictures to the press.

The singer posed in private for the personal photographs, which is believed to be used for her Christmas cards, but photographer Dani Brubaker sent out a press release bragging about the photo shoot.

A source revealed, “She’s just another person in a long line of people trying to profit from Britney Spears. Britney had no confidentiality agreement in place, so this photographer was able to tell the world that this photo shoot, which was meant to be a sweet family affair, not a publicity stunt, took place. She was choosing a photographer who had no reason to be faithful to Britney.”

The source added, “Who knows whether Dani will turn around down the road and sell the proofs. It shows that there is no one advising this poor girl.”