Bruce Willis, a Hollywood action star, had a lucky escape filming the latest Die Hard movie – he nearly lost an eye in a fight. 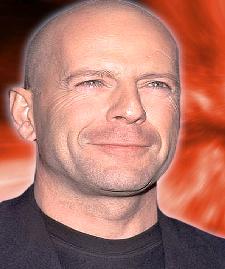 The action star was filming a fight scene against a stuntwoman in Live Free Or Die Hard, which is being released internationally as Die Hard 4.0, when a mistimed kick nearly left Willis part-blind.

He recalled, “There’s a scene where I have to let Maggie Q really beat me up – while waiting for Justin (Long) who’s taking a long time doing something – and I took a kick to the head from the stunt girl.

He added, “If she’d kick me half a second earlier, it would have taken my eye out.”