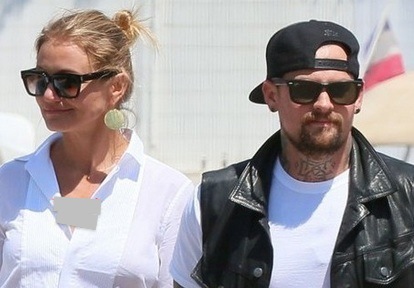 The “Charlie’s Angels” star ties the knot with her musician boyfriend. Their private wedding event happens at the Beverly Hills. The representative for the couple confirms the wedding. The couple confirms their happiness as they start their new journey together and their closest family and friends join them in their special day. Other celebrities, who attend the event, include Reese Witherspoon, Samantha Ronson, and Gwyneth Paltrow. Bridesmaids include Cameron’s sister Chimene, co-star Drew Barrymore and Nicole Richie. The wedding’s ring bearer was Benji’s nephew Sparrow, the son of Benji’s twin brother Joel. Meanwhile, it seems a surprise because the couple had never officially confirmed their wedding plans. Cameron and Benji have reportedly met and dated each other since May 2014 and got engaged in December.