Matt LeBlanc looks good in a neat suit when he attends the red carpet, which celebrates his forthcoming fourth season of “Episodes” in West Hollywood, California on January 5. 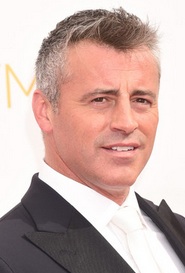 The former “Friends” star is spotted with his co-stars namely, Andrea Savage, Mircea Monroe, Jeffrey Klarik, David Crane, and Kathleen Rose Perkins. The celebrities from “House of Lies” also attend the event for the new season’s celebrations such as Don Cheadle, Ben Schwartz, Glynn Turman, and Donis Leonard Jr. Meanwhile, fans should tune for these shows with the following schedules: the fourth season of “House Of Lies” starts on January 11 at 10pm and followed by the “Episodes” program at 10:30 pm.