Cameron Diaz, a Hollywood actress, has denied having anything to do with illusionist Criss Angel’s separation from his wife. 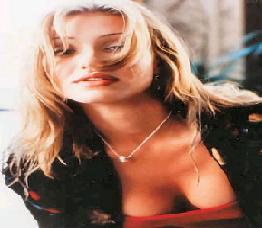 In papers filed by Criss Angel’s former wife Joanne Sarantakos at Nassau County Court, New York on Friday she named the “Shrek 3” actress as the “other woman” in her divorce battle.

A legal representative for Sarantakos has recently revealed, “We’re naming Cameron Diaz as his lover. We will subpoena her as soon as she comes back to New York.”

However, Diaz’s spokesman Brad Cafarelli revealed, “When Cameron met Criss Angel in May of this year, he had been separated from his wife for over a year and she had already filed a petition to divorce him in 2006. Cameron and Criss went on only four dates over a month ago and have no current relationship. These are meaningless, attention-seeking attempts to unfairly and unnecessarily exploit Cameron’s celebrity by trying to involve her in matters she has nothing to do with.”

Angel, 39, recently denied being in a relationship with Diaz, 34, following a string of sightings of the couple in Las Vegas. In a TV interview, the magician revealed, “I’m honored to call Cameron a friend.”