Cameron Diaz, who recently has a “Shrek 3” movie, revealed that the last couple of years have been “hell.” The actress said she has struggled to cope with her life at times. 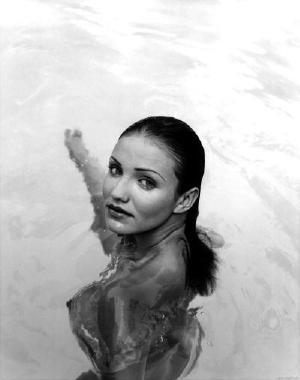 Cameron Diaz revealed, “The last couple of years were hell. I can’t even tell you, it was so hard. I didn’t know how to handle it. But I think I’m in a much better place now, because I stepped away for a second and took a breath. Hollywood is a funny place. It offers so much, but it can also take a lot away from you.”

The 34-year-old actress is tired of people thinking she is successful because of her looks, not her acting ability. She complained, “If a woman who is a successful actress weighs 300 pounds and has warts, nobody ever asks her, ‘Do you think you made it because you’re ugly?’ So why should there be prejudice against someone who’s had some success in films and looks a little better than average. It’s all in my genes, so don’t hold it against me.”