Cameron Diaz had a mystery man on her hand this weekend in Las Vegas. Unfortunately, the mystery man was not Bradley Cooper. 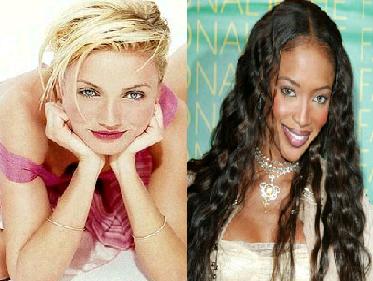 The “Vanilla Sky” actress was seen hitting Jet nightclub at the Mirage on Saturday with a tall, dark-haired mystery man by her side.

She partied at the nightclub until about 1 a.m. After partying, she headed for the craps tables for another couple of hours.

The actress, who was currently filming “What Happens in Vegas” with Ashton Kutcher, also stopped by Nobu last night to have dinner with a group of friends.

Meanwhile, another source revealed that Naomi Campbell was at Las Vegas’ gay nightclub Krave on Friday night. The supermodel helped Elton John’s boyfriend, David Furnish, celebrate his birthday. Sir Elton arrived at around 12:45 a.m., after performing at Caesar’s Palace, to join their group of about 25 revelers.