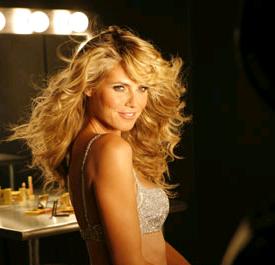 The German supermodel, which previously revealed she was attracted to her husband Seal’s manhood, has some sexy shots at a shoot for American lingerie brand. You could see her sizzling shoot here and here.