Cameron Diaz is planning a “big white wedding” in the UK. 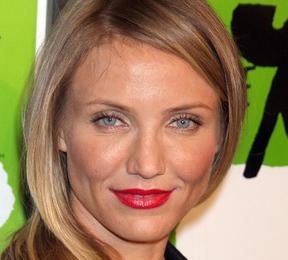 The ‘What Happens In Vegas’ star and her British model boyfriend Paul Sculfor have reportedly been scouring the English countryside for the perfect place to tie the knot.

A source said: “The couple is looking at big country estates with chapels within the grounds.

“They plan to hire out an entire hotel for their family and friends, and throw a massive party. They want to get married in the UK, but will continue to live in Los Angeles.”

The blonde actress – who has been dating Paul for nine months – wants to get married and have children as soon as possible.

The source said: “Cameron wants a big white wedding with the full works. She’s even in talks with Karl Lagerfield to design a Chanel couture wedding dress for her.

“Paul and Cameron are so happy together and have talked about getting married this summer or early autumn, and then having kids immediately. It’s the real deal and they’re absolutely crazy about each other.”

Cameron, 36, has even given up her usual adventure holidays, instead spending her spare time planning her impending nuptials.

Another source told Look magazine: “Usually Cameron goes to Hawaii surfing but this year she had much more exciting things up her sleeve – checking out places where she and Paul can get married.”