With their numbers narrowed down to the Top 36, “American Idol” is going live for the first time in Season 8 starting tonight, and according to host Ryan Seacrest, producers may want to keep their hand on the censor key. 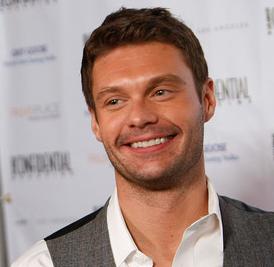 And among the 36 hopefuls, a handful are already standing out, even before tonight’s live round begins.

Season 7 finalist Carly Smithson said of her pick for the Season 8 finals: “Anoop [Desai]. I love him. He’s so cool. I like Anoop.”

Justin Guarini, from “Idol’s” first season, was also a fan of the hopeful, saying: “My picks for this round coming up, someone I feel strongly for and I think he’s got a fantastic voice? Anoop Desai — he’s my man.”

But Mandisa, from “American Idol” Season 5, said she doesn’t just have a favorite, she knows who is going to win.

“The winner of ‘American Idol’ Season 8? Danny Gokey,” she said. “He not only has a great story, but he’s an amazing singer. When he opened his mouth he won me over, but then when I heard his story, I was definitely sold.”

In related news, fans of the show can purchase the music performances from the semifinal round for 99 cents per song, beginning Wednesday.