Cameron Diaz, a Hollywood actress, insists she “still loves” her former boyfriend Justin Timberlake and finds it hard to believe the public think the pair hate one another. 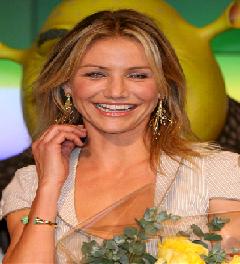 The couple split in January this year after almost four years together but the Charlie’s Angels star is adamant there are no hard feelings between the former celebrity couple.

Cameron Diaz revealed, “We love each other. We spent four years together so there is no reason for us not to be friends. “I always think it is funny when people think, ‘Oh you guys must really hate each other now’. And I say, ‘No, our paths just went in different directions.’ ”

The actress admits bumping into her former boyfriend at the U.K. premiere of Shrek The Third in London’s Leicester Square on the night of June 11 was a welcome meeting. Cameron Diaz added, “It was good to see Justin because it’s nice to see someone you care about. We’ve not been able to sit down and have a chat yet, we’ve been so busy.”