Jessica Alba, a Hollywood actress, has dispelled reports of a split with long-term boyfriend Cash Warren, insisting he is “a great kisser”. 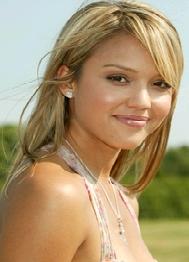 The Fantastic Four star was alleged to have broken off her two-year relationship with film producer Warren last month, when she admitted she wouldn’t have children until she has found a “partner”.

But the actress brushed off media speculation with talk about her worst screen kisses, before turning her attention to her current beau.