Jennifer Aniston has gone from Brad Pitt and Vince Vaughn to an alleged former cocaine user. 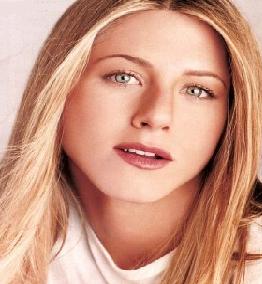 While the new reported man of the actress, Paul Sculfor, may look good, he comes with a shady past.

According to a report, Paul was doing cocaine with model Kate Moss long before Pete Doherty came onto the scene.

An insider is claiming that the two coat hangers once snorted their way through a fashion show before meeting Nelson Mandela.

The source revealed, “Kate and Paul were doing line after line of coke backstage then going down the catwalk as if they were fine. Afterwards they went to the Table Bay Hotel because they ran out of cocaine, and topped themselves up before going to Mandela’s.”

While most people clean themselves up before meeting living legends, Paul and Kate decided to continue their binge… and later brag about it

The source continued, “As Mandela was inviting guests into his house Kate nipped into a toilet and started doing cocaine. I remember Paul telling me, ‘We were totally wrecked. Kate and I were so off our heads we couldn’t remember what we said to Nelson Mandela. And we couldn’t stop laughing about it’.”

Paul Sculfor has been spotted leaving Jennifer’s Los Angeles mansion, prompting rumors that the actress is more than “friends” with the hunky Brit.