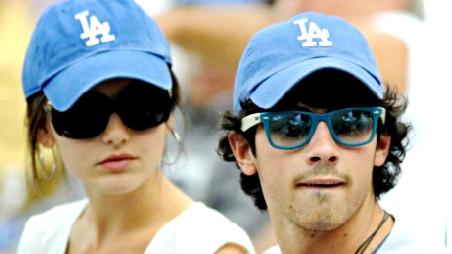 Watching the baseball match, Camilla and Joe were not alone. Also joining them were Joe’s brothers Kevin Jonas and Nick Jonas. Jonas Brothers’ youngest brother, Frankie, was seen together with the brothers. All of them sat in the Dougout club, the front row over the visitors’ seats.

In related news, a representative for Camilla Belle recently denied the rumors of the young actress having a crush on Fernando Verdasco, a professional tennis player from Spain. Stating that the twosome is only “good friends”, the representative said Camilla and Fernando had no love relationship. The representative also claimed that Camilla currently is dating Joe Jonas, insisting they “have not broken up”.