Carrie Underwood picked up a Grammy Sunday night for her single, “Before He Cheats,” and she revealed she had a hand in her win. 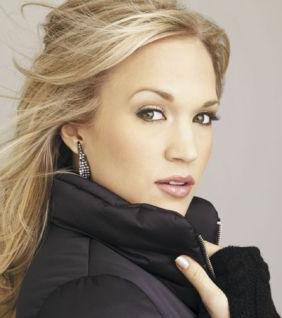 The “American Idol” winner said backstage at the event, “I was only up for two [Grammys], but yeah, I vote for myself often. I have no shame. I pay to be a member.”

The blonde singer also revealed that picking up her latest Grammy has been another exciting moment on her rise to fame since winning “American Idol,” saying, “I think it’s all been such a whirlwind,” she said. “It started so quickly and it’s never slowed down – it’s amazing to think I ever ended up here, I don’t know how it happened. But I’m glad.”

On she ran into other celebrities before the Grammy’s like “American Idol” judges Paula Abdul and Randy Jackson, she explained, “I actually saw Randy and Paula last night at Clive Davis’ party,” she said. “They’re just so happy to see us. We’re just kids – when we’re starting out and we just blossom and mature.”

On her advice for the next crop of “Idol” contenders, she advised, “The main thing I say is don’t take anything for granted. People can forget why they’re in it and it’s ’cause they love music and this is what they always wanted to do. Don’t burn bridges.”