Britney Spears has caused outrage within the Catholic community when she posed for racy photos for the artwork on her latest album, “Blackout.” 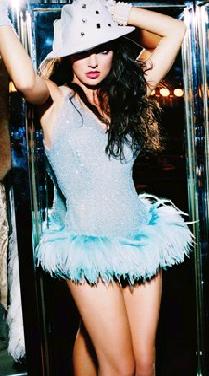 The photo appears in the album’s booklet. But Catholic leaders have branded the images as “bottom of the barrel stunt.”

Bill Donohue, president of the New York-based Catholic League, revealed, “This is all the puzzle pieces coming together. This girl is crashing. She’s not even allowed to bring up her own kids because she’s not responsible enough. Now we see she can’t even entertain.”