Ever since the news broke out that the Gossip Girl star is gunning to replace Zac Efron in the Footloose remake, Chace Crawford has been hounded more than ever on the streets of New York City by teenybopper fans. 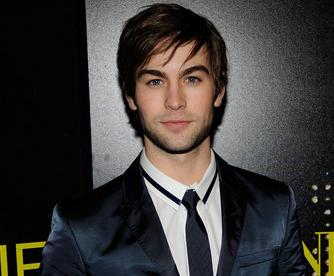 That’s usually no big whoop, except the fans have now been trying to get his attention by serenading him.

“They had to beef up security because more girls have been showing up to set every day singing ‘Footloose’ to him,” according to a source. “He couldn’t take it anymore, so he’s leaving town tomorrow.”

It was believed that Mr. Crawford may be heading to his native Texas for a little rest and relaxation before going back to work.

He’s said to be shooting a movie with director Joel Schumacher during his hiatus from Gossip Girl.

Crawford’s rep did not comment. Neither did Schumacher’s agent.