Charlie Sheen is going to donate profits from merchandise sales at his April 30 show in San Francisco to Bryan Stow, a Giants fan who is badly beaten on baseball’s Opening Day. 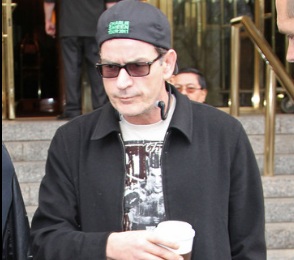 Aside from doing stage performances, the former “Two and a Half Men” actor has been selling apparel with his signature catch phrases during his Violent Torpedo of Truth Tour. He starred in Major League and is a lifelong baseball fan. Charlie’s gesture inspired other people to donate to Brayn’s recovery.