Robert Pattinson was spotted smiling while attending Paris premiere of Water for Elephants at Le Grand Rex on April 28 in Paris, France. 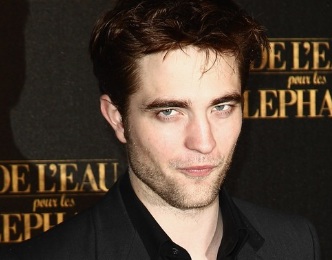 The Biriths actor was sporting all black ensemble for the event. Robert was previously in Berlin for the movie’s big premier with his fellow co-stars. The film opened at number one in the US box office, and opens in Germany today.