Charlie Sheen is planning a party with “hotties” to watch his character’s funeral on “Two And A Half Men” when it airs in America next month. 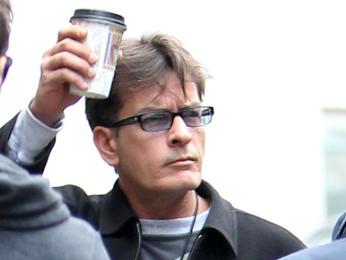 His character Charlie Harper’s final farewell will be filled with his on-screen girlfriends. Meanwhile, Charlie announced that he’ll be watching his fake funeral with his very real hotties in tow.