Chelsy Davy, the girlfriend of Prince Harry, was rushed to a Cape Town, South Africa hospital for an emergency appendix operation on August 17. 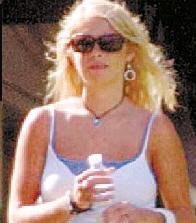 The Zimbabwean beauty collapsed at her family home on Thursday morning and was admitted to the city’s Christian Barnard Hospital.

A friend revealed, “It was a very frightening day for her. She collapsed in agony just after breakfast and was suffering severe pains in her stomach.”

Chelsy Davy will remain in hospital until early next week (starting August 20).