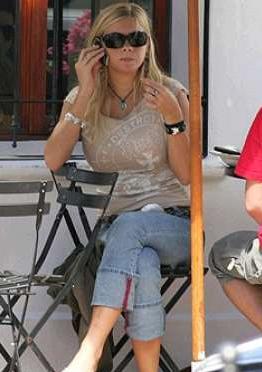 The blonde Zimbabwe-born beauty is said to be keen to see how soldiers cope with life in the war-torn country, and how Harry managed when he served there for 10 weeks earlier this year.

A source revealed, “Chelsy would love to go out with Prince Harry as part of an official visit. Harry feels he has some unfinished business in the area and would love to visit troops still working out there.

The source added, “Chelsy would also relish the opportunity. If she did it would really mean she had been accepted into the Royal ‘Firm’.”

Earlier this year, it was revealed Harry had been fighting in Afghanistan since last December, but was ordered to return to the UK when his location was revealed by an American website.

Chelsy is also said to be organizing a series of nightclub evenings to raise money for the armed forces.