Cheryl Cole told friends that she does not know if her marriage can survive a series of new claims about her husband’s affairs. 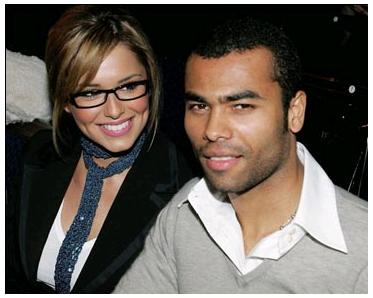 The “Girls Aloud singer” is said to be “shocked and upset” that a hairdresser who had a one-night stand with Ashley Cole was offered money to have an abortion.

A friend revealed, “The relationship is very much hanging in the balance. Cheryl loves Ashley and wants it to work out but a lot of damage has been done. She has a lot of thinking to do but it’s one thing after another at the moment which is very difficult for her to deal with.”

The 24-year-old singer had said she knew about the night her husband spent with Aimee, during which he vomited, but believed him when he said he had not had sex with her. But it emerged today that Aimee feared she was pregnant by Cole and was offered money to have an abortion.

His representatives told her they would do “whatever it takes” to keep her happy, but warned that he would have nothing to do with the baby.

Ashley Cole has claimed not to remember the passion incident with Aimee. But when he heard that she might be pregnant, he said: “Sh*t! I’m shaking. I’m sorry.”

It turned out to be a false alarm, but Aimee, who taped a conversation with one of Cole’s people, said she “felt sick” by the offer to have an abortion paid for.

Ashley Cole’s representative was claimed to told Aimee, “We would do whatever you want. Obviously he’s not going to leave his wife; he’s not going to get involved. If you wanted to terminate the pregnancy and then go on holiday with your friend, then you know that’s fine. We would take care of that. If you want to keep the baby then we’ll give you something towards it. The best thing for Ashley is to terminate the baby, right. We’ll get private, done properly. Financially, we’ll take all of that.”

Meanwhile, Cheryl Cole has vowed to stand by her husband Ashley Cole, despite allegations that he cheated on her with a blonde hairdresser.

The singer dismissed reports that she kicked out Ashley, as she needs time to think about the future of their marriage.

Ashley Cole also made it clear that she refuses to believe Aimee Walton’s claims that she had sex with the English footballer after believing her husband’s story. She is still determined they can make their marriage work, saying, “I’ve been through an emotional roller coaster but I’m determined to be strong. Ashley’s a wonderful husband and we are in love. I won’t let this woman destroy our marriage.”