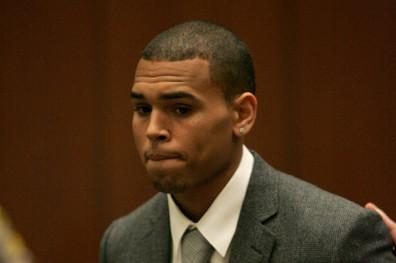 The troubled singer was spotted spending much of the evening with bodyguards on Thursday, March 5, reports TMZ.

After his court appearance for allegedly assaulting Rihanna, Chris was caught hitting up the SLS Hotel in Beverly Hills. According to TMZ, the 19-year-old singer hung out in the hotel bar until 03:45 A.M.

Chris Brown appeared in a Los Angeles courtroom on Thursday afternoon, March 5, hours after he had been charged with two felonies stemming from his alleged beating of Rihanna last month. However, his arraignment has been postponed until April 6.