Christina Aguilera was arrested early morning of March 1 with her boyfriend Matthew Rutler in West Hollywood. 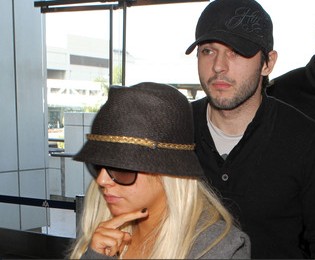 The singer was arrested for public intoxication and her boyfriend was arrested for misdemeanor DUI. She was a passenger in a car driven by Matthew, who were puller over for driving erratically around 2:45 am.

Matthew’s bail was set at $5,000. A source claimed that if he hadn’t been arrested for DUI, Christina would have never been in trouble.