Christina Aguilera and Julianne Hough had confrontation at a party hosted by CAA at the Soho House in West Hollywood. 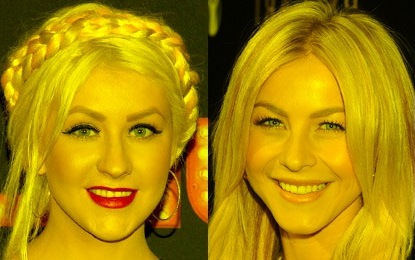 The “Fighter” singer made a verbal attack at “Dancing with the Stars” personality. They were even grabbing involved and Julianne was reportedly upset by the incident.

Fortunately, Christina and Julianne hugged it out and resolved their conflict before last night’s Sony post-Globes party, where they were spotted cordially talking to each other.