Although they barely knew each other in the past, new mother Christina Aguilera asked Nicole Richie for parenting advice and the singer received some great parenting tips. 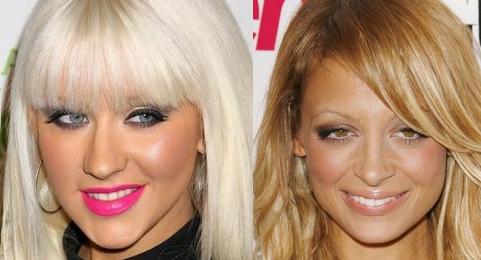 The “Candyman” singer, who gave birth to Max, her first child with husband Jordan Bratman, in January, has been meeting up with Nicole, who is mother to 10-month-old daughter Harlow.

The singer revealed during her Post-AMAs party on Sunday night at the brand new Target Terrace at L.A Live: “I didn’t know much about Nicole, but because our little ones are born one day apart and through mutual friends I’ve had the opportunity of getting to know her and I was blown away with how great of a mom she is. I actually ask her for advice because she has a lot of great things that she does for her little one. She’s a little stricter with toys than I am. She’s a great woman.”

Not only do the twosome dish on babies Max and Harlow, but Christina even looks to the fellow celeb for childcare suggestions, saying: “I actually ask her for advice because she has a lot of great things that she does for her little one. She’s even a little more stricter with battery operated toys and what not, she’s a great woman.”

Christina also defended Nicole Richie, who was famous for her partying lifestyle before she began dating Good Charlotte rocker Joel Madden and falling pregnant, insisting the 27-year-old star has changed dramatically since having a baby.

The pop superstar added: “She doesn’t go out so much, maybe she goes to dinners. It just is inevitable that you’re going to grow when you have a little one, so anyone who’s giving anybody grief for going out and partying, they’re just trying to be negative and stir up drama and I have nothing but good things to say about Nicole. I have to say that.”