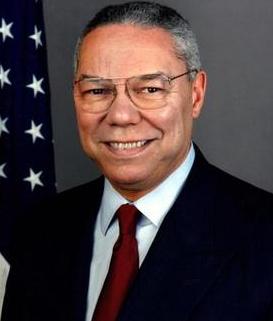 Barack Obama, who is the Democratic presidential candidate, was given a huge boost yesterday after former Secretary of State Colin Powell backed him.

The former four star general, who is a Republican himself, revealed he was voting for Democrat Obama because of his “ability to inspire”.

Mr. Powell declared: “Obama has both style and substance. I think he is a transformational figure. He is a new generation coming on to the world stage. We need a fresh set of eyes and fresh set of ideas.”

His endorsement has massive symbolic importance.

The former high-ranking member of George Bush’s Cabinet was once tipped to be America’s first black president.

And he said he was unimpressed with his handling of the economic crisis. He added McCain’s running mate Sarah Palin was not ready for the White House. Another report suggested that McCain’s appointment of unqualified Sarah Palin as his running mate showed bad judgment and that’s one of the big reasons why Powell chose to endorse his opponent.

Last night McCain said of Powell: “We’re longtime friends. This doesn’t come as a surprise. We have a respectful disagreement.”

Meanwhile Obama phoned his new fan to thank him. He is holding on to his lead, according to the latest polls.

Fifty per cent of voters now back him, against 42 per cent supporting McCain.