Joe, Kevin and Nick Jonas, who are also known as the Jonas Brothers, could be one of the hottest young musicians in the US. It is not surprising if they attract a lot of attention no matter what they do. Most of the time, their love interests such as Selena Gomez and Taylor Swift and even Hannah Montana star Miley Cyrus sparked the romantic rumors. 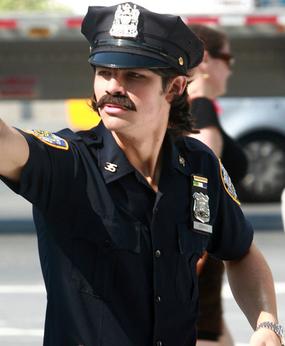 Another report indicated that Joe Jonas does undercover and his incognito secrets are revealed. The magazine pointed out: “Pop star Joe Jonas is known as the one brother with straight hair. An easy way for him to go incognito? Lay off of the flatiron for a day! During a lunch at Mel’s Drive-In in Hollywood in late September, a fan says. “Hardly anyone recognized him, because his hair was naturally curly!”

But don’t look for him to go off of the straight and narrow anytime soon. The witness added: “Joe was obviously uncomfortable about the way he looked.” He kept going back and forth to the men’s room to wet down his hair, and dripped all over the table when he came back to eat!”