Courteney Cox is urging the public to “stop worrying” about Jennifer Aniston, insisting her best friend is doing “great”. 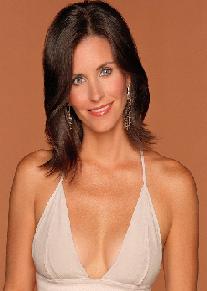 The former Friends star and her husband David Arquette were holidaying with Jennifer Aniston and her former husband Brad Pitt on the Caribbean island of Anguilla in January 2005 when the golden couple announced they were splitting up.

While Pitt has gone on to find love with his Mr. and Mrs. Smith co-star Angelina Jolie and become the father of four children in the space of 15 months, Jennifer Aniston has had an 18-month relationship with her The Break Up co-star Vince Vaughn, but is now single. While the media often presents Aniston as a lonely, broken-hearted woman, Cox insists her former Friends co-star is happy.

In an interview with a journalist from Marie Claire, she revealed, “I think it might be getting a little better now, but for a while her life was expected to be everyone’s life. Look, I don’t want to be rude or anything, but I usually don’t talk about Jennifer in interviews. People should stop worrying about her life.”

She added, “I could talk about just how great she is doing at the moment, but then it’s just an interview about her. I understand your position because her world is so public but, well, I can tell you we’re both very fortunate to have each other.”