Courteney Cox and Jennifer Aniston were in a center of falling out speculation but the striking brunette revealed, “We are not in a fight. She is my friend, and I love her dearly.” 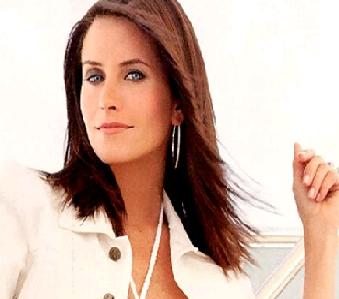 There have been reports that Jennifer would make yet another appearance on her FX show “Dirt” and perhaps the pair could try that lesbian kiss once again. Those are false according to Courteney Cox, saying, “No, she’s not.” But the actress is open to the option of Jennifer Aniston coming back to the “Dirt.”

She also revealed that Vince Vaughn guest appearance on the show is a no go as well, saying, “I’ve heard that too. That would also be negative. But, you know, it wouldn’t hurt the show for people to think that.”

As for their “Friends” reunion Courtney says “I don’t think so. But I would never say 100 percent no.” When it comes to the”Dirt” show, Court continued, “This season is a little lighter. Lucy [Cox’s character] went through something really tragic at the end of season one. She obviously lives, but she has a different attitude this year.”

When asked how they come up with their stories she dishes, “We don’t [base our stories] on any one particular celebrity. It’s a weird thing because we can come up with a story, and then we haven’t even filmed it … and then, three weeks later, we’ll read about it. People do really strange things. We’ll take a thought or a germ of another idea, mix it with another idea … and just come up with our own version of reality.”