Rihanna’s cousin has opened up about the singer’s current condition, according to a report. Yvonne Fenty reportedly revealed that the 20-year-old singer “is holding up well.” 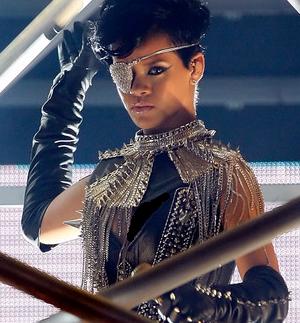 According to a report, Yvonne claimed that the “Take a Bow” songstress is currently on the island of Barbados with friends and family. “Everyone is looking after her – she is just trying to catch herself and get her life back on track,” the publication quoted Rihanna’s cousin as saying.

Yvonne also played down Rihanna’s injuries, explaining: “None of this is as bad as everyone makes it sound. Her injuries weren’t near as bad as people make them sound.”

Yvonne continued: “Yes, she is going through a rough time and is upset, but she is thinking positive and resting. She will be fine.”

Rihanna was allegedly attacked by Chris Brown on February 8. TMZ previously reported that her injuries were severe, two “huge contusions” which swelled up on both sides of her forehead and “a bloody lip and nose.”