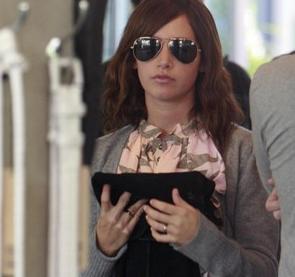 The actress/singer reveals one teenage fan recently wrote to her to reveal her performances had inspired him to audition for a part in a school play – and he landed the lead.

She says, “It’s great to be able to touch peoples’ lives. We actually had a boy come over to us and explain how he got the courage to audition for a school musical after watching our movie. He was a basketball jock who ended up getting the lead in Peter Pan.”

But Tisdale admits she can never get used to the noise Hsm fans make around the world when they meet the stars of the films: “The High School Musical fans are very passionate wherever you go – and they have exactly the same screams.”