Robert Pattinson reportedly got in trouble for cutting his famous long hair. His “Twilight” co-star, Ashley Greene, revealed she heard that movie bosses weren’t happy with the actor’s new haircut. 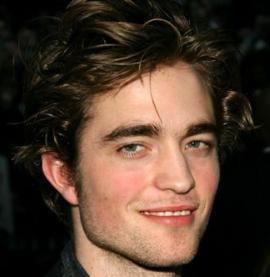 Ashley, who played vampire Alice Cullen in the film, revealed: “I heard he got in trouble for cutting his hair. But what can I say? I like guys with longer hair.”

But Ashley won’t give Robert “a hard time” for cutting his hair, saying: “I think he’s getting enough flack, I’m sure. I mean his every move is recorded and photographed and documented, so I’m not going to give him a hard time.”

Ashley also admitted she’s “thrilled” to see co-star Taylor Lautner returning for the film’s sequel New Moon as she added: “Everyone loves him. I think it’s absolutely ridiculous to think that someone could replace him.”