Johnny Depp, who previously made a drink confession, and Vanessa Paradis will marry in April. 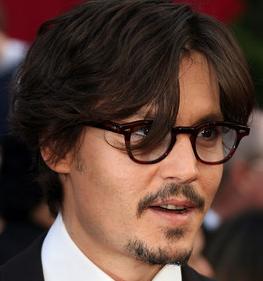 The couple, who have been together for 10 years and have two children, Lily-Rose, nine, and six-year-old Jack, together, are planning to tie the knot in a chapel on the grounds of their $1.25 million French estate.

A source revealed: “They’re a very private couple. It’s no surprise they’d want to celebrate at their home.”

Johnny, 45, sparked rumors he was set to propose to Vanessa last month when he was seen shopping for an engagement ring in California.

The pair are keen to keep the ceremony as intimate as possible, and will only invite 50 of their closest friends and family.

Director Tim Burton is expected to act as best man, while Rolling Stones rocker Keith Richards is also due to attend.

An insider added: “Keith and Johnny are good pals. Johnny’s portrayal of Jack Sparrow in ‘The Pirates of the Caribbean’ was partly inspired by the old rocker, and Keith had a cameo in the second sequel.”