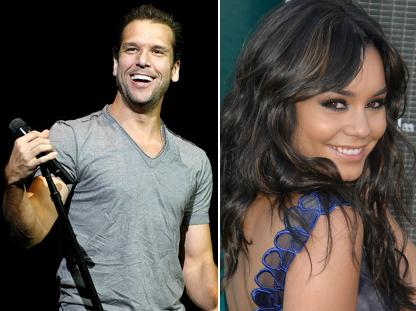 Before heading off stage, the 37-year-old comedian made a wise crack about the second round of Vanessa Hudgens nude photos that hit the Internet earlier this week.

Dane joked: “Vanessa Hudgens! Girl you got to keep your clothes on!”

In support of Vanessa, the audience booed and hissed at Dane.

The 20-year-old actress finished off her look with a pair of “Maniac” pumps by Brian Atwood.

Her on-and-off-screen beau Zac Efron was also at the event, but walked the carpet separately.