Daniel Radcliffe, who was considered as Britain’s most bankable actor, has tossed the sissy sorcerer’s image, announce his wish to be known as more than Harry Potter. 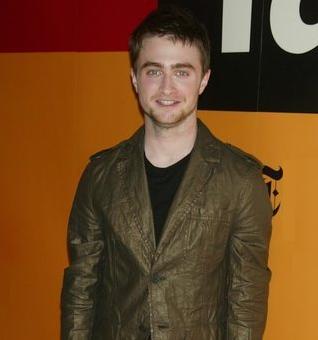 The next “Harry Potter” movie might not be coming out as soon as planned, but the lead star Daniel Radcliffe certainly isn’t hard to track down as he was included in the feature of the October issue of Details magazine.

Among the topics touched upon in the interview:

Attending school became difficult for him after the first movie came out. The actor revealed: “Some people did get very aggressive. People say it was just jealousy, but I don’t think it is jealousy. I think it’s just ‘We can have a crack at the kid that plays Harry Potter.’ As Eddie Izzard says, these people always hang about in fives, because these people have a fifth of a personality each.”

On the reason why he decided not to go to college, the actor explained that he already knows what he wants to do with his life—act and write—and partly because he’d find it impossible to have a conventional collegiate experience, saying: “The paparazzi, they’d love it. And also if there were any parties going on, they’d be tipped off as to where they were, and it would be all of that stuff.”

On his dream role, the actor continued: “I think part of me would love to play a drag queen, just because it would be an excuse to wear loads of eye makeup.”

Daniel Radcliffe added that he isn’t keen on pulling some sort of crazy stunt anytime soon: “I don’t pretend to do anything particularly wild. People talk about rebellion and they say, ‘Where is the teenage angst?’ But I say I try to do it simply by the choices I make in the work I do. I just like wrong-footing people. I write poetry and I love it. I like being different from most other people in my generation.”