Daniel Radcliffe, a Harry Potter actor, has ruled out dating an actress. It is because they’re all “insane”. 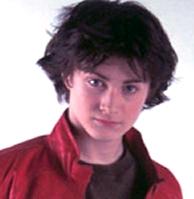 The 17-year-old star wishes he could meet more girls outside work.

He revealed, “I think it would be very hard to go out with an actress, because they’re mad. Some actresses are just insane. I’ve never worked with a nasty actress – they’re all absolutely delightful. But completely barking”.