Prince William is planning to whisk girlfriend Kate Middleton away on a secret romantic break. The 25-year-old prince, who has allegedly rekindled his romance with 25-year-old brunette, is keen to spend some quality time with the brunette and wants to take her abroad during his annual Army leave in August. 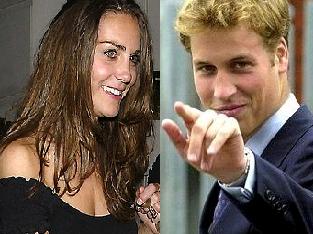 A source revealed, “Their next step is to spend some quality time together away from the pressures of the Army and Kate’s hectic job as a clothes buyer for Jigsaw. The holiday will do them good and they can forget the turbulent past few months.”

It is thought the royal couple will be joined by some of their inner circle of friends, including Guy Pelly, Thomas van Straubenzee and James Meade.

The group first discussed the possibility of vacationing together during a night out in a London pub 10 days ago.

They are believed to have confirmed their plans as they ate fish and chips together behind the royal box at the Concert for Diana at London’s new Wembley Stadium last Sunday.

A source added, “William and Kate have the same circle of friends so she was never going to be away completely. And temptation proved too great for William. This is the best way of saying sorry for the pain he put her through.”

In order to join Prince William on holiday, Kate has cancelled her plans to join 16 other girls in the first all-female attempt to cross the English Channel to France in a dragon boat to raise money for the Babes in Arms cot-death charity.