Gary Oldman helped Daniel Radcliffe through his nude scenes in a recent London play after the young actor came to him for advice. 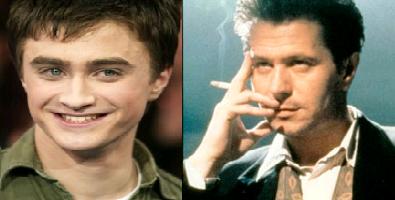 The young Harry Potter star admits he was extremely nervous about baring all onstage and felt sure Oldman’s experience could help him.

Daniel Radcliffe revealed, “I was nervous and I was a little bit worried… I talked to Gary Oldman about it, because we get on very well and I know he’s been [email protected] onstage. I said to him, ‘What’s it like?’ and he said, `On the first night you’ll be terrified and on the second night you’ll be terrified, and after that you won’t care.’ And that’s absolutely true. When you’ve done it twice, it doesn’t matter anymore.”

He added, “It’s the least arousing process… Jo’s beautiful, but after you’ve gone through it a hundred times with an audience there… To be honest, when you get [email protected] in front of 900 people, quite the opposite happens.”