Daniel Radcliffe was left shocked at the time of his final performance of stage play “Equus” in London. It is because a daring fan stole his boxer shorts. 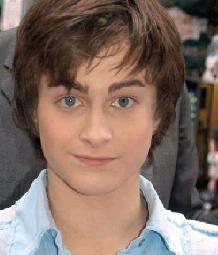 The “Harry Potter” star had just disrobed for his final sex scene in the play in June when the girl dashed towards the Gielgud Theatre stage and grabbed the shorts the star had just removed.

He recalled, “They were just lying at one corner of the stage. I think she actually got them and started to leg it off and somebody had to chase her and get them back.”